THE GREAT STORIES OF THURSDAY

Dedication is what you need

Barca, Real, Juve? Where should Pogba go to rebuild his career?

That Barcelona Femení were better than their opponents is now almost certain. They won because they always win, because they’re better, and just provoking the thought of “hang in there” is more than most opponents handle. But when 90,000 people show up to watch, the occasion demands a little narrative form. All noises seem louder after a moment of silence.

And the Camp Nou was strong. The match sold out in four days and the official attendance of 91,553 is hailed as a record for a women’s football match. That’s a bit peculiar, given that attendance for the 1971 World Cup final, Denmark v Mexico at the Azteca Stadium, is recorded at around 110,000. But this tournament passed under the auspices of the European Independent Women’s Football Federation, 20 years before the first FIFA Women’s World Cup and 11 years before the first UEFA Euros. There’s an awkward story that’s quietly underplayed here; a present erasure of past erasures.

But last night definitely set a record for a club game in Europe. It was an occasion that had been brewing for decades, and yet you suspect it could be beaten in April and in the semi-finals. Granted, it’s hard to imagine someone leaving the ground last night and not immediately wanting to come back and experience it all again.

Well, except maybe the other batch. Madrid, despite everything they managed to run, briefly, was completely dismantled; there is a gap of 28 points between the two teams in the Primera Division table, and you can see it when Barcelona moved the ball, moved the opposition; as they made spaces and then poured into them. Another victory therefore for this team which does nothing else. And an occasion that went beyond just a big game, into something festive, something carnival. A special night for a special team. Madrid got pushed around, and so did the drums.

while you were sleeping

The 2022 World Cup is almost sold out. CONCACAF qualification ended early this morning – Canada, Mexico, USA all the way; Costa Rica in the playoffs – and so we know 29 of the 32 teams. But the draw won’t take place until tomorrow, which means we’re currently at the mercy of football’s most powerful and weirdest force: our own stupid imaginations.

When you think about it, it’s remarkable how much time I spent as a football fan imagining how things might turn out. Every transfer rumor is a window into a possible future; every minute before the team roster comes out is a minute spent in fantasy land. They won’t? They could. They should. Like a gas, the imagination expands to fill all available space. No wonder the reality is so often a little disappointing.

Take England, safely in Pot 1. There is the possibility of Germany, a catastrophic reminder of the miseries of the past; there’s also the possibility for the United States, a chance for the press to get giddy, kick off the 2010 playbook and jinx the whole thing before it even begins. The draw is random but the mind plays tricks: whatever happens, it will feel like it had to happen.

Maybe it’s Qatar’s presence in Pot 1, or maybe it’s just that international football seems pretty strong at the moment, but there seems to be a very big potential for awkwardness. Pot 2—i.e. Netherlands, Denmark, Mexico, Germany, United States, Switzerland, Uruguay, and Croatia—has more banana peels than compost from Donkey Kong. And then Senegal, Poland, Japan and South Korea are lurking there in Pot 3. What if, what then, what about, and maybe.

Avoiding the AFC fourth round winner against Peru is also important. Nothing is scarier than the unknown.

This moment, with qualification (almost) done but groups not yet drawn, is perhaps the most powerful and overwhelming on the entire international calendar. Each team is simultaneously in the death group, the serious illness group, the Feeling Quite Chipper group, in fact, and the Out For An Early Morning Jog group. Find yourself a draw simulator, push the buttons, and relax (or not) in a world that could happen.

Exciting news is coming at some point today, assuming the reports are correct. The Premier League will vote to return to five substitutions per game from next season. Like you, like the Warm-Up, Premier League decision-makers are desperate to see all they can of Donny van de Beek before he finally escapes to somewhere a little more sensible.

Good news? Certainly, if you are a hamstring. And you can kind of see, in an abstract way, how players might not be the only winners here. Give a manager five changes and you give them permission to try things: an early change if something unexpected happens; a massive change of plans late. Some desperate moron is going to make all five changes at halftime, and it’s going to be a wonderful day. Look at them, all lined up.

But like money — in fact, because of money — good news is never distributed fairly. This is better news for anyone with bigger, deeper teams; i.e. the usual suspects up there at the top of the table. Imagine all those beautiful players being neatly stored and you could only use 14 of them every Saturday. Such inconvenience, such indignity.

This will bring the Premier League into line with European and domestic cup competitions, which will at least prevent the Warm-Up from getting confused when we’re half-watching something and a fourth sub happens. It will also make Pep Guardiola and Jurgen Klopp happy, a comforting moment in your hands. Although it’s unclear why Guardiola is so keen on this rule change: he barely uses the subs he’s already authorized. Or maybe that’s the point. Not using three submarines must seem powerful enough, when you have a whole nation state behind you. You don’t use five? What a buzz.

Alright, it happened on Tuesday, but you might have missed it. And you don’t want to have missed it. look at this. Look at how little time he has, look at the paltry backlift, look at him barely kicking the thing. Watch the balloon take off. It’s an 18-yard curling tap-in that smashes into the top corner. He is ridiculous. It is more than ridiculous. It’s a cheat code.

After the dismantling of Real Madrid by the Barcelona Femení, who better to hear than midfielder Ingrid Engen and general manager Markel Zubizarreta? Sid Lowe spoke to them before last night’s game, which is why the play doesn’t contain as much uncontrollable laughter as one might expect.

Barcelona have won 75 of their last 78 games, but it starts with a defeat, or so the story goes. They were at the airport waiting for the 2019 Champions League final, where they were beaten by Lyon, when the players approached then-coach Lluís Cortés and demanded to do whatever it takes. In the words of then captain Vicky Losada, it meant more…everything. Unlucky to lose the semi-final the following season, they won in Gothenburg last year. It was coming.

ANOTHER TIP OF HAT

How long have you spent trying to determine England’s likely squad for Qatar 2022? Pah, you’re like a little baby. At i, Daniel Storey reviewed the 55 – that is, fifty-five – definite, probable, possible and fringe candidates that he says Gareth Southgate has considered. I can’t believe he missed it, though. You know who we are talking about.

And if you’re bored at work, why not try guessing the names before clicking on the link? Here is one for free.

Jordan Pickford: Still England’s No.1, even before Aaron Ramsdale retired from this team. Whatever you think of the length of his arms at club level, he has never let Gareth Southgate down.

And Andi Thomas will be back with you tomorrow. 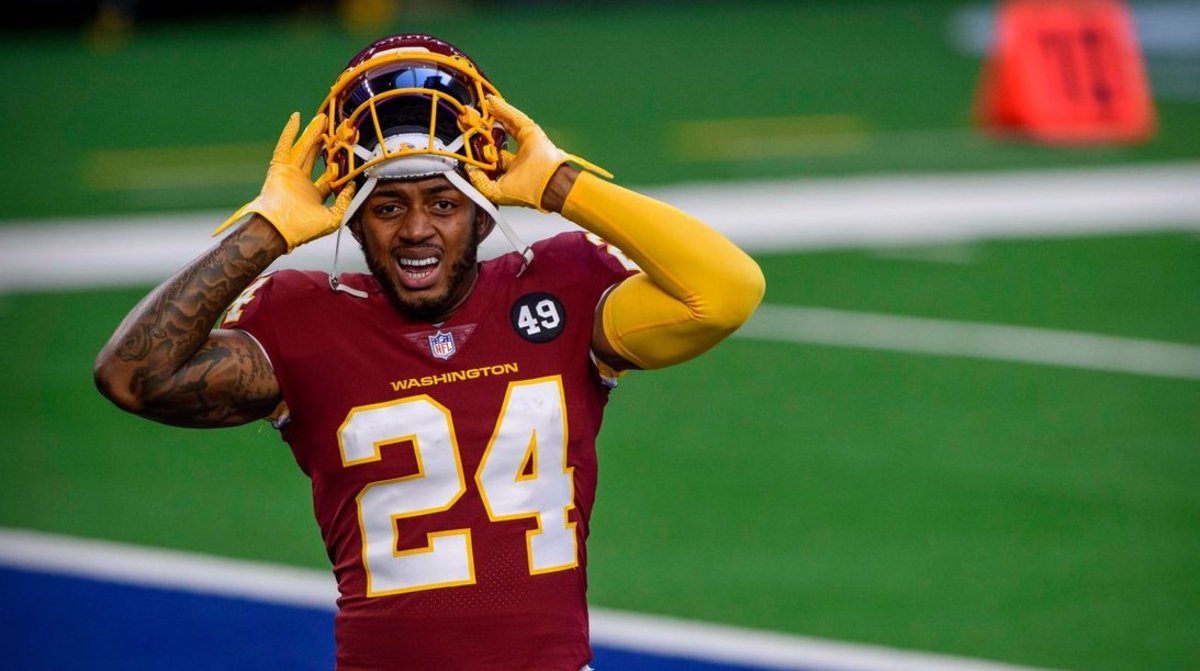