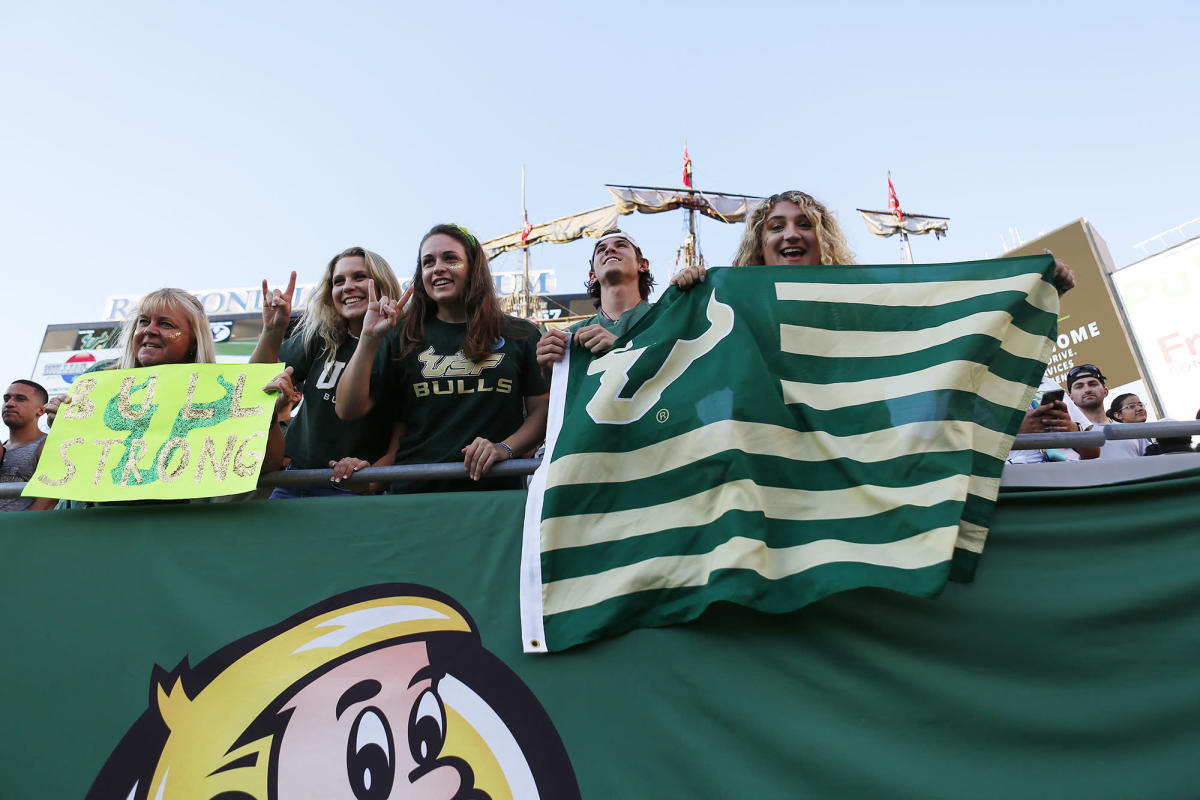 During a presentation to the board of directors, athletic director Michael Kelly and USF Foundation CEO Jay Stroman reiterated the goal of leaving Raymond James Stadium and moving to new facilities for the season 2026. It was a subtle change from previous conversations and presentations. Earlier this year, Kelly identified the opening game of 27 against Miami as a potential debut for the facilitybut both the chairman and the vice-chairman of the board have pushed for an earlier date.

“It’s going a little faster than expected, which is good…” Kelly said afterwards. “It’s on the beat (for ’26).”

While many stadium details won’t be decided for months, Stroman confirmed one standout: the planned seating capacity is 35,000. Kelly said the stadium will also include standing room and the possibility of expansion. future.

The proposed stadium will be built north of the team’s current training grounds. Kelly said the Bulls continued their due diligence on that site and was “more excited than ever” about the location after speaking with traffic, parking and utility officials.

The biggest unknown is the cost. At the March board meeting, Kelly and Stroman said they would provide more financial information in June. This does not happen.

Instead, they updated the board to their next moves. In the coming weeks, USF will issue an Invitation to Negotiate – a formal step to obtain proposals from design/build companies. Kelly said he had heard of “almost every architectural firm you can think of”.

After this invitation, USF will then spend a few months receiving and reviewing these proposals. The objective is to select a company during the September 6 meeting of the board of directors.

Costs and funding sources will become clearer later. In the meantime, Kelly and other administrators are discussing other uses for the stadium beyond football. How can students use it regularly outside of six or seven home games a year? What about the faculty? Are there any community groups that could get involved? The answers will determine how the building – which is expected to cost over $200 million – will be paid for.

“It’s exciting to talk about building a stadium, but you have to know what it’s going to cost and what you’re going to get for that cost,” council chairman Will Weatherford said. “That’s the next step…”

Once USF chooses a build/design partner, Kelly expects the design phase to take a year or two, followed by a year or two of construction.

“For me, as long as we’re actually building things by summer 24, you’re in pretty good shape,” Kelly said.

Although one stadium remains years away, Kelly is already talking about the facility upgrade that will follow.

Because the stadium footprint will likely include an operations center, the football team will be able to move from their current home at the Lee Roy Selmon Athletics Center. When that happens, the Bulls will have to renovate the old football locker room and meeting spaces to make them work for other teams.

“How can we make this really great for all other sports?” said Kelly.