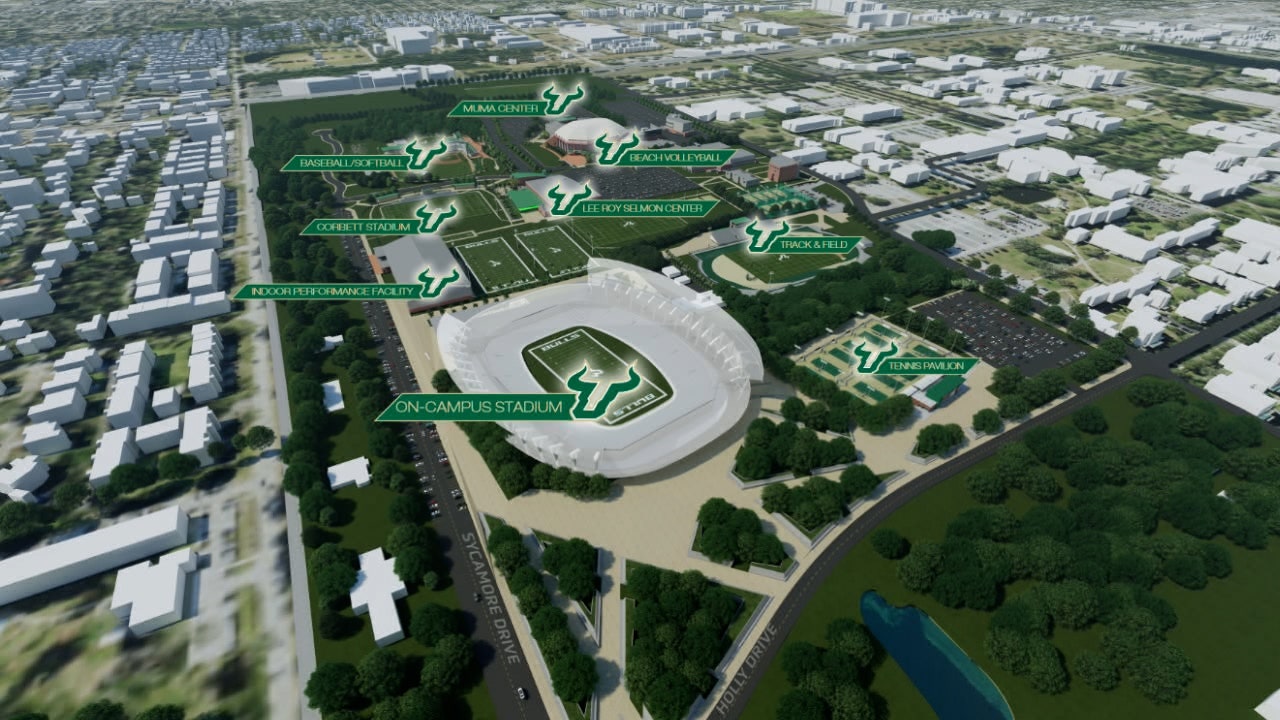 TAMPA, Florida. – Plans began to take shape for a new football stadium at the University of South Florida, and leaders took a big step toward making it a reality on Tuesday.

The school named “Populous” and “Barton Malow” as the planned design and construction team for the stadium. Together, the two companies have worked on 43 projects over three decades, including some of the biggest venues in college sports.

“It will be branded and designed by and for USF. So it’s a huge step forward,” said Michael Kelly, vice president of athletics at USF. “We’ve never come this far as a university in this process.”

The board met and reviewed the new athletics expansion that included an on-campus football stadium, which was released last week.

The site for the new stadium is on the east side of campus where Sycamore Fields is located, right next to the nearly completed $22 million indoor training facility.

“This is a bold time for college athletics,” said athletic director Michael Kelly. “So you’re not just talking about the on-campus stadium, but improvements to all of our facilities are needed. So we’re excited to build what we call our athletic district which we believe will be among the best in the country.

Three companies were vying for the contract to build the project, including Barton Malow, which renovated the stadium for Penn State, Ohio State, Notre Dame and the Rose Bowl.

They also built the MLS stadium where the Orlando City Soccer Club plays and renovated the Daytona International Speedway.

Details on the three companies’ offerings and potential costs are not yet publicly available.

This project is part of a master plan that includes a new lacrosse stadium, baseball and softball clubhouse, new tennis facility and redesigned golf practice space.

There is room for parking and tailgating. It is also close to student residences.

Currently, the potential opening date for an on-campus football stadium is 2026-2027, but it depends on planning and construction time.