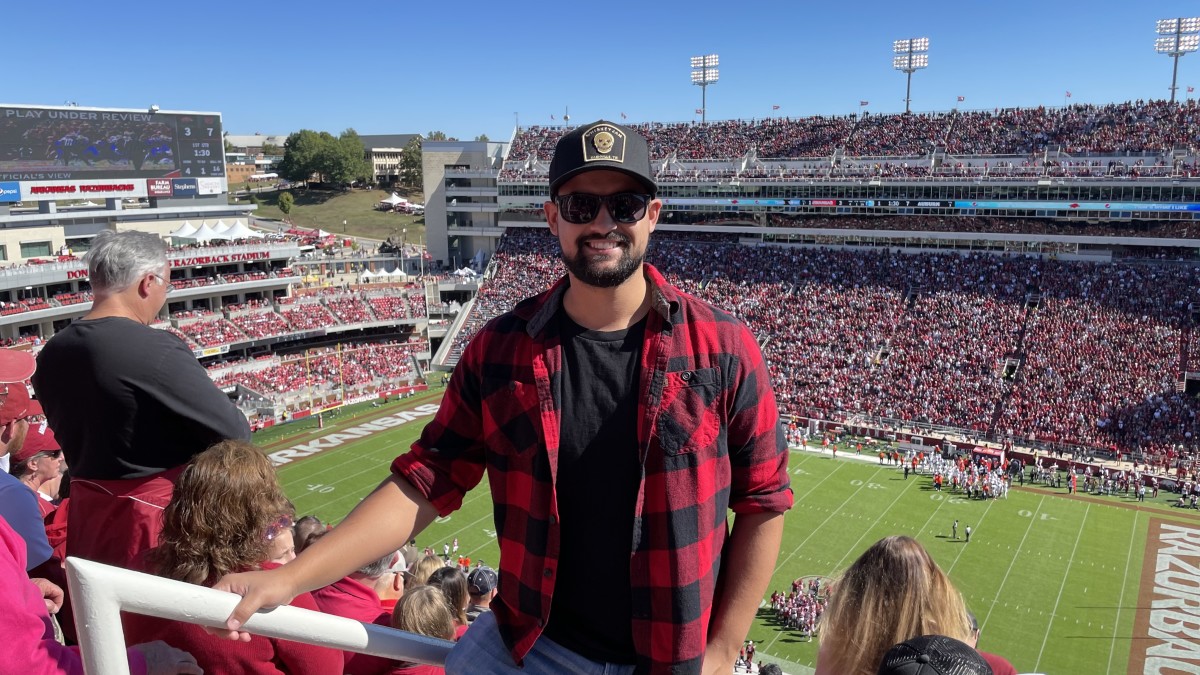 My name is Brett Gibbons and I’m on the road visit the 131 college football stadiums of the Division-IA. I call the journey Road to BFC, and this season I’m incredibly excited to share my travels with all of you here on KillerFrogs.

This season you can follow the Road to CFB 2022 campaign here. Check back for weekly game day articles, stadium reviews and other first-hand experiences from the nation’s top colleges.

Next: West Virginia at Pitt

To open the 2022 football season, I’ll be in Steel City for an old rivalry restored: The backyard brawl. This game was last played in 2011 when these teams played in the now defunct Big East Conference. West Virginia and Pitt are expected to play through 2025.

I’m not a fan of college football played in professional stadiums, but hopefully the lure of the restored rivalry and Pitt’s recent success will change my mind tonight.

This game was first played in 1895, making it one of the oldest rivalries in the country. West Virginia has won five of the first six meetings against Western University of Pennsylvania (WUP). Pitt would go on to dominate the series in the 1940s, winning 29/33 games (including 18 shutout wins). WVU is on a three-game winning streak and has won 15/22 games since 1990.

It’s the first night of a three-day trip to open the season:

On the way to CFB Index of articles

What is Road to CFB?

Five years ago I embarked on a journey to live a game day at all Division-IA (FBS) stadiums nationwide. As of the 2022 season, there are 131 schools at the FBS level and two more will enter the ranks in the upcoming season.

So far I have checked off 32 matches and visited 104 stadiums. This year, I plan to add nearly 15 more.

From big cities like Seattle, Austin, and Miami to smaller college towns like Starkville, Laramie, and Bowling Green; my goal is to share what america looks like from the road. Each stop has its own tradition and culture.

In this course, the product on the ground is secondary. I focus on the fan experience–the sights, sounds and smells of a Saturday in the stands. I hope you can use Road to CFB as a guide and inspiration to get out and see this country mile by mile.

Where can you find me this season?

The 2022 calendar is still in progress, but I will be visiting schools near the Great Lakes. From Wisconsin to West Virginia, I’ll be at many Big Ten and MAC venues this season.

You can find my next upcoming stop here every week. Check back this summer for the 2022 calendar below.

Q: What’s the best stadium you’ve been to?

It’s the million dollar question and usually the first one asked (the one or how much I’ve been). The honest answer is that I can’t identify a single one. I also can’t rank my “top 3” or my “top 5”. I see stadiums in tiers. My top tier in terms of overall gaming experience would consist of:

However, that might change if you ask me about the stadium and the structure. This level would consist of:

The same goes for atmosphere, tailgating, etc. A lot of things go into gaming experiences.

The beautiful thing about college football is that it’s all subjective. The things I love in some places might be another fan’s heartbreak. A good example of this is at Mississippi State and their cowbells – ask any Ole Miss (or SEC) fan, and they’ll tell you it drives them up a wall. Personally, I love cowbells.

I love when a stadium gets really loud. If I have a headache leaving, chances are it’s a great stadium experience. The fans are also an integral part of the experience. Kindness and openness to conversation go a long way. I’m not a big fan of hecklers and people yelling at coaches or referees – or anyone on the pitch, really – from the stands. I also like freedom and accessibility, so strict schedules, complicated stadiums or strict section ushers can take away a few points from a place.

Above all, I love discovering a new place and being infected by the boundless excitement that a fan shares with his team. Apart from very rare cases, I become a fan of this school for the day.

Q: What’s the worst place you’ve been to?

Almost every game day experience I’ve had has been completely positive; it’s hard to have a bad time when you’re watching the game you love with tens of thousands of your closest friends. Some aspects were poor (Eastern Michigan isn’t the crème de la crème of the college football stadium world), but almost nothing directly spoiled a game day for me.

Apart from the games, I was extremely disappointed visiting the ULM. The town was run down and dirty and frankly I didn’t feel very safe. The home stands are a large square that covers very little of the touchline and the away stands are bleachers with gaps; there was a twisted and rusty temporary fence surrounding the stadium that was very much meant to be permanent. The high schools surpass the ULM.

Q: Of all the big matchups in Week X, did you pick Team A vs. Team B?

One factor that doesn’t weigh heavily on my game selection is this week’s matchup roster. Usually these games are incredibly expensive for not so good seats and anything that isn’t an OT winner or thriller is a disappointment. If I spent $250 to see Georgia take on Alabama and the Crimson Tide come away with a 41-14 win (or, damn it, even a close 13-10 game), that wouldn’t be a satisfying experience for the price paid. .

I’m looking for value. Of course, if I can score reasonable tickets for a big game, I will. For example, I scored lower seats at #7 Oklahoma at Texas Tech for less than $50 each and it was an amazing experience. But I can have an equally great experience in a closer game between two tied Sun Belt schools. It’s about balancing the price with the result – which is the value I’m looking for.

Want to join the discussion? Click here to become a member of the Killer Frogs forum community today! 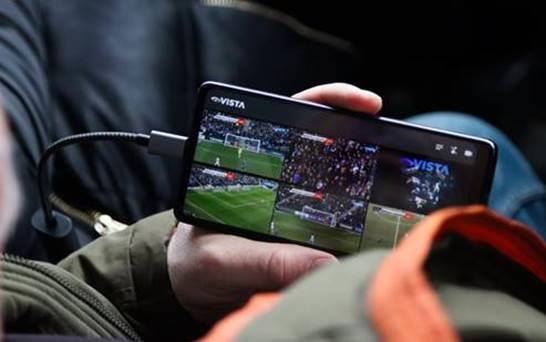 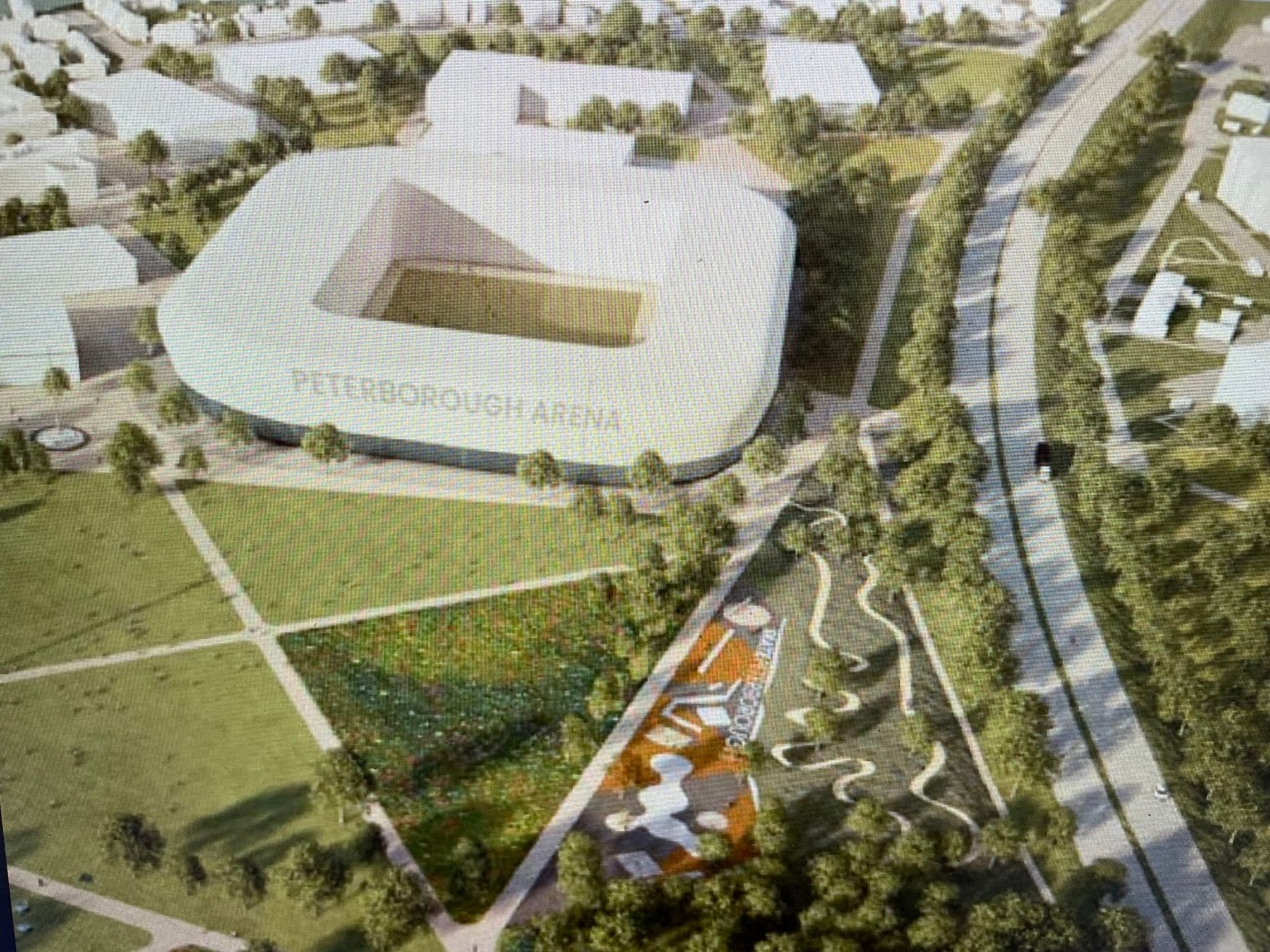