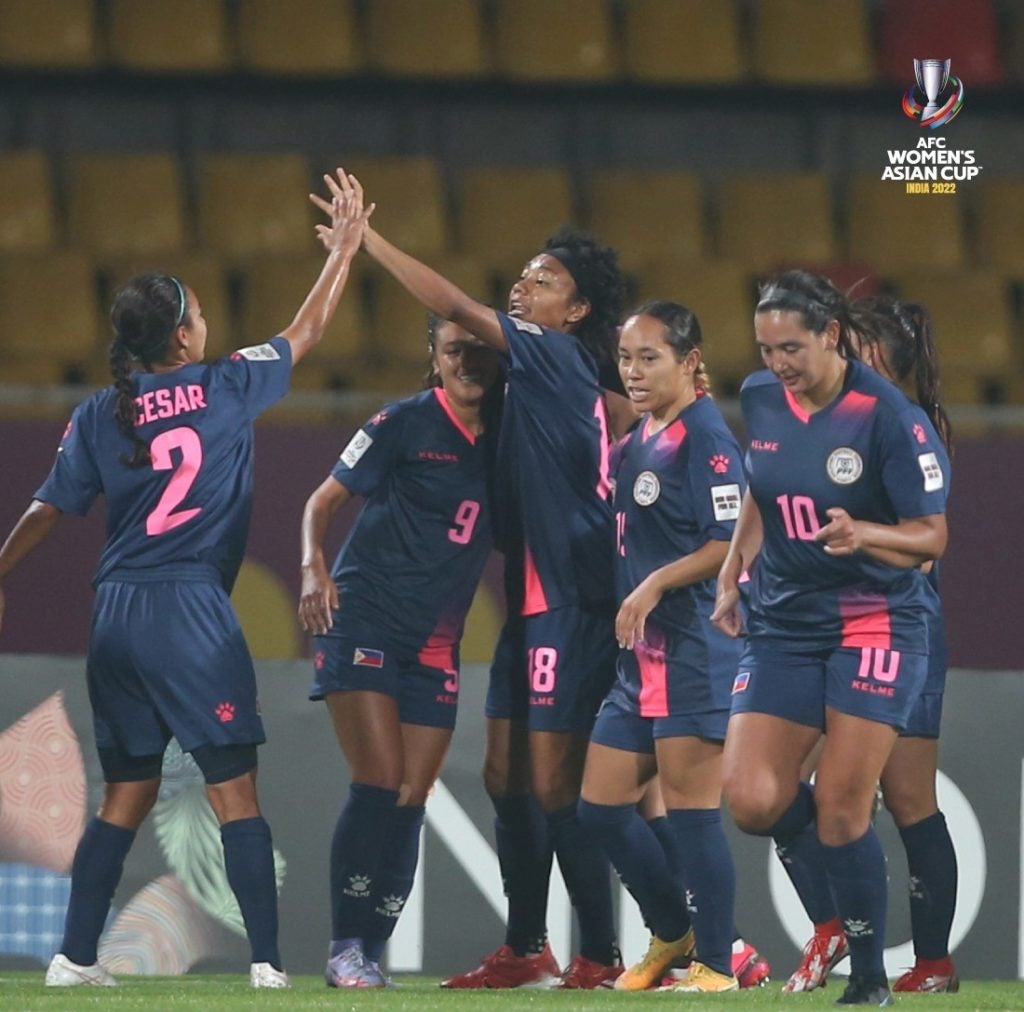 CEBU CITY, Philippines—For the first time in the history of Philippine football, the Philippines Women’s National Football Team (PWNFT) Malditas has qualified for the quarter-finals of the Asian Confederation Women’s Asian Cup (AFC) after defeating Indonesia, 6-0, in their last remaining group stage match on Thursday evening January 27, 2022 in Pune, India.

The Malditas ended their Group B campaign in second place with six points on a 2-1 list (win-loss).

The Aussies led Group B with an unbeaten 3-0 record worth nine points. Thailand is third with three points and Indonesia finishes bottom.

The women’s national soccer team will next face Group A No. 2 team Chinese Taipei on Sunday, January 30, in the quarter-finals at the Shree Shive Chatrapati Sports Complex in Pune, India.

The top five teams from the AFC Women’s Asian Cup will qualify for next year’s FIFA Women’s World Cup which will be hosted by Australia and New Zealand.

The Malditas wasted no time in their duel against Indonesia, scoring a goal in the sixth minute through Katrina Guillou from a long pass from Sara Castañeda.

Before converting their first goal, the Malditas were already relentless on their attack with Sarina Bolden making the first attempt via a penalty that only hit the goal post.

Guillou then secured the loose ball, tried to kick it in, but was denied by Indonesian keeper Riska Aprilia.

However, a minute later, Guillou redeemed herself by scoring the Malditas’ first goal from a timely pass from Sara Castañeda.

Bolden was also successful on his second attempt to provide the Malditas with their second goal in the 26th minute via a header from a corner pass.

In the second half, team captain Tahnai Annis extended their lead to 3-0 via a goal in the 56th minute. Annis shot from long range after recovering a stray bullet. The ball passed in front of Aprilia’s outstretched arms.

Carleigh Frilles then attempted to score another goal in the 68th minute for the Malditas but was denied by Aprilla.

In the 74th minute, the Malditas scored their fourth goal from a Jessica Miclat penalty.

They went 5-0 after Annis scored her second in the 82nd minute while Malea Louise Cesar sealed their lopsided victory with a 94th-minute goal from Anicka Castañeda’s pass.