Stadium spectators will be encouraged by the Recycling Raccoon Squad to place their waste in the correct area to avoid contaminating properly sorted recyclables and compost.

Images of recycling raccoons and educational signs on recycling best practices will adorn approximately 250 locations throughout Michigan Stadium and will be displayed on 127 televisions in the lobby and premium seating areas throughout the 2022 season. stadium will be encouraged by the Recycling Raccoon Squad to place their waste in the correct area to avoid contaminating properly sorted recyclables and compost.

The installation represents a new sports marketing partnership between UM and the Michigan Department of Environment, Great Lakes and Energy (EGLE) that can help UM get closer to achieving its zero waste gameday initiative which has the ambitious goal of diverting 90% of the football stadium’s waste from landfills.

“It’s exciting for EGLE to team up with the University of Michigan and help support its recycling goals and climate change priorities,” said Emily Freeman, acting supervisor of sustainability units and of EGLE recycling.

“Whichever team you’re rooting for, all Michiganders can agree on the importance of recycling as a way to protect our environment, support local businesses, create jobs, and divert waste from landfills,” Freeman said.

“I think UM using a marketing campaign to improve our recycling habits is a fantastic idea,” said UM junior and Traverse City native Sidra Smith, posing for a photo at Saturday’s game in front of a Recycling Raccoon sign. .

“This represents one of those rare moments where Maize and Blue fans can proudly say ‘Go Green’ and actually mean it,” Smith laughed.

Michigan Athletics began a phased approach to zero waste during the 2016 season, sourcing and testing the sustainability of compostable products and packaging and refining post-game cleanup operations to properly segregate waste streams.

Every Sunday after a home game, the stadium is cleaned and waste is separated into compost, recycling and landfill bins, to be transported to their respective locations for sorting and disposal.

A zero-waste Michigan stadium builds on more than 20 years of game-day waste recycling history and supports UM’s campus-wide sustainability effort known as Planet Blue . The effort stems from recommendations from a committee of students, faculty and staff to advance the university’s progress towards its 2025 sustainability goals, in particular to reduce the amount of waste sent to landfill by 40 % below 2006 levels and to reinforce the culture of sustainability. on the campus.

Much of the game-day trash that gets recycled at the big house is used in the Midwest to create new products, said Alison Richardson, UM’s sustainability program manager. All recyclables from the UM Football Stadium go to the Western Washtenaw Recycling Authority plant near Chelsea.

Around half of the waste is disposed of by fans in hundreds of compost bins and recycling bins spread throughout the stadium on match day. Some contamination inevitably occurs when fans mistakenly place items in the wrong bins. Recycling Raccoons messages support existing UM-specific signage to minimize recycling errors and reduce material contamination, Richardson said.

While the waste generated during seven home football games a year is only a fraction of a percent of UM’s overall campus-wide waste, the educational value of diverting waste to the Big House is significant, said Richardson.

“The stadium is obviously a very public stage and an iconic facility,” Richardson said. “Every game provides us with the opportunity to engage and educate a broad audience. The Zero Waste program at Michigan Stadium is a highly visible way to demonstrate UM’s commitment to sustainability.”

Recycling in Michigan hits a new all-time high, up 35.4% from pre-2019 levelsaccording to a 2022 EGLE analysis. This equates to Michigan capturing more than 500,000 additional tons of cardboard boxes, milk cartons, plastic bottles, organics and other recyclable materials, which equates to more of 110 pounds per person each year. 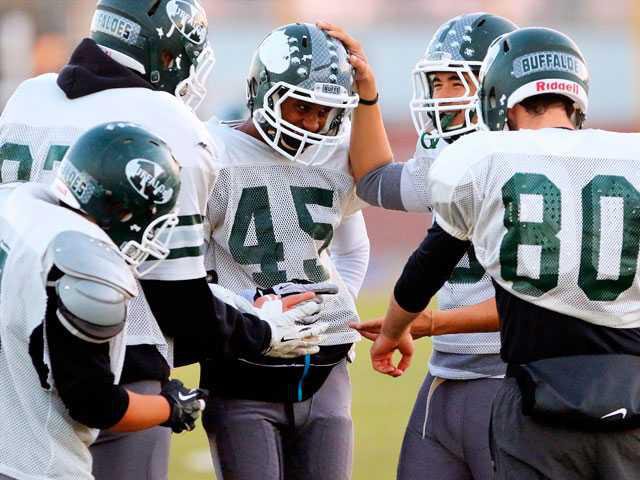