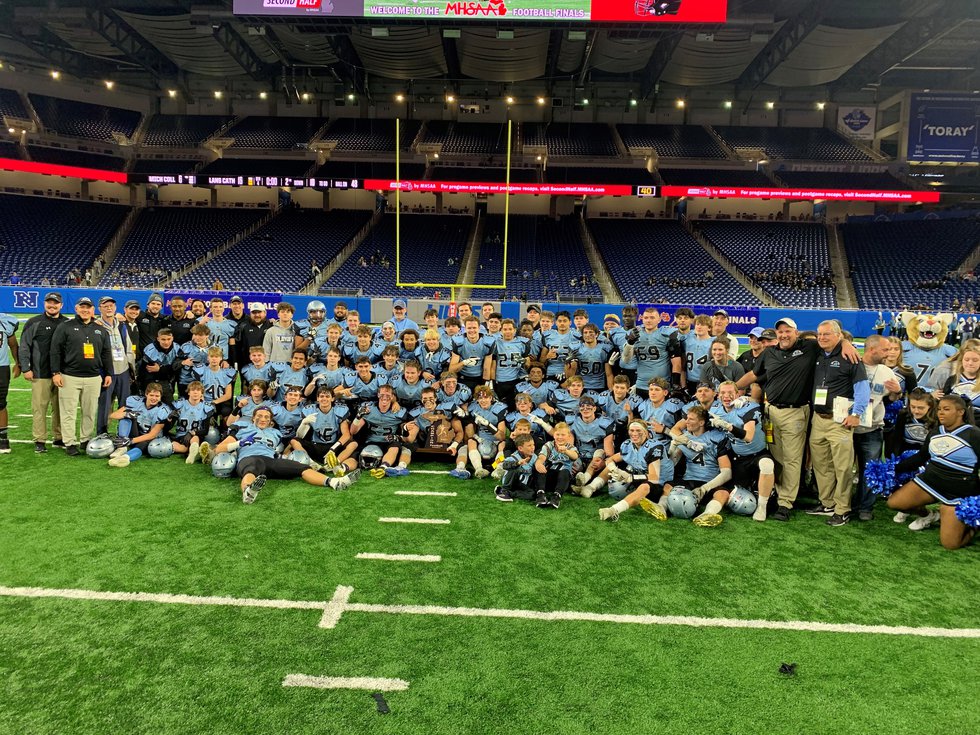 “I thank Jim Ahern for bringing this system and thanking those guys. Those guys are all like my sons. I mean, I’ve been training them since kindergarten. They’re all my sons,” the head coach Jim Baker.” Him (his son Joey Baker) being the quarterback…I mean I love all of these guys to death and it’s special to just be the head coach of these amazing men.”

His son Joey is a senior.

“It really is a dream come true. I mean, I keep saying it, but honestly it is. I never would have thought that in a million years he would be a head coach and that I’d be a quarterback and a varsity and we’d win a state championship,” Joey Baker said after the win. “But, it just happened and I love it and I wouldn’t change that for anything in the world.”

Subscribe to our News newsletter 10 and get the latest local news and weather straight to your email every morning.