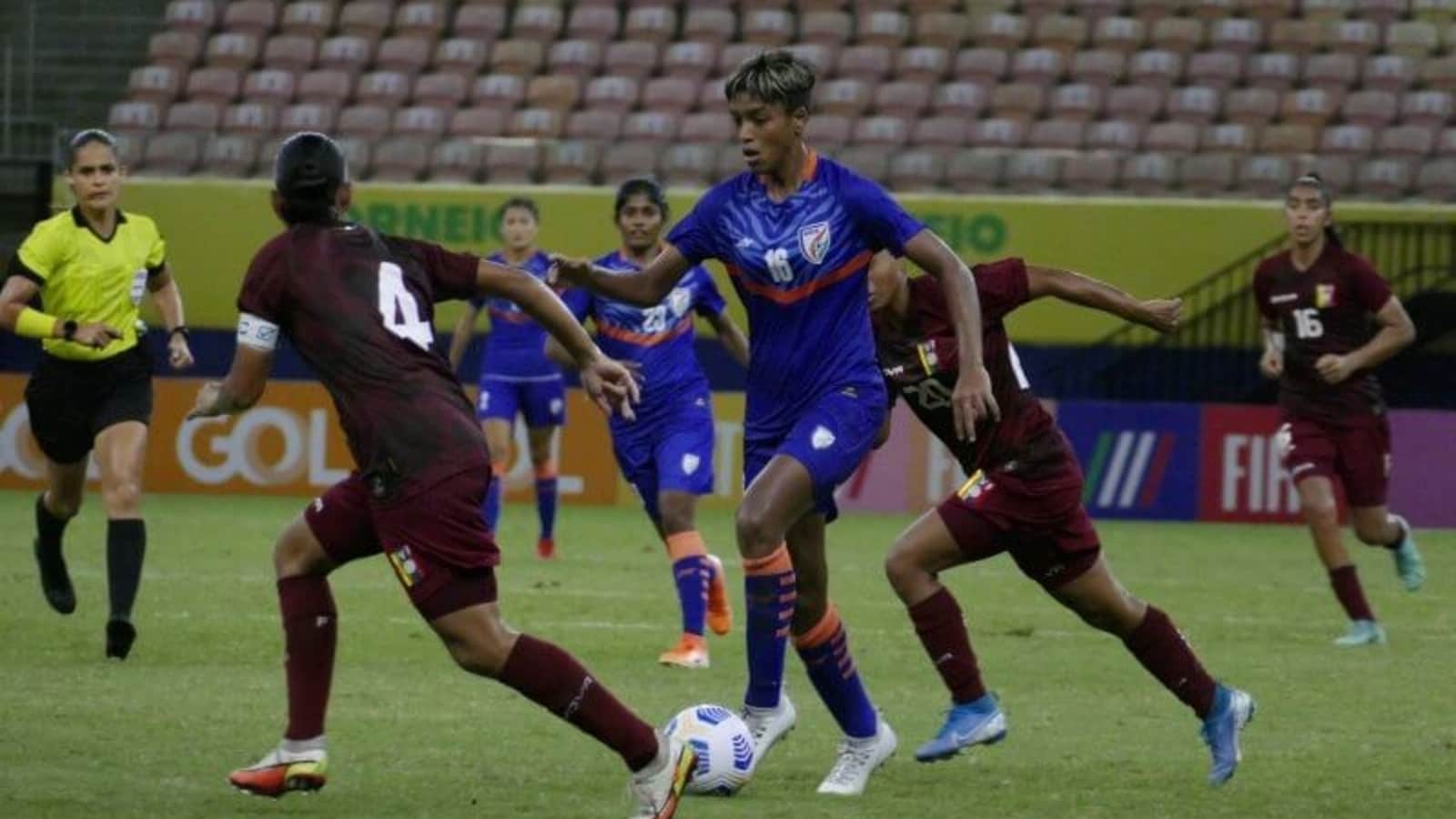 The Indian women’s team have played against a number of quality opponents in recent years, including Turkey, Uzbekistan, United Arab Emirates, Bahrain and Sweden.

Towards the end of November, Manisha Kalyan put her name in the record books by scoring India’s first-ever goal against Brazil at the senior level.

Reaffirming the confidence that has developed in the team, Manisha was quoted by AIFF: “We have gained a lot of experience against the top ranked teams and we have learned a lot from them.”

“We used to be nervous about tough opponents, but after playing such great teams we don’t feel that pressure anymore. We don’t fear any team and just want to play good football against them and offer them a tough competition.”

Manisha, who herself has been a die-hard Brazil fan since childhood, gained a lot of self-confidence after scoring against them.

“I have been following some Brazilian players like Ronaldinho since I was a kid. So playing against Brazil gave me a huge boost. It was a great opportunity for everyone, and especially for me because I went to score for my team, ”the assailant said. “I feel like I gained confidence after scoring this goal and I feel like I can score more goals in the future.”

A resident of Mugowal village in the Hoshiarpur district of Punjab, Manisha was greeted warmly by phone by family and friends across the globe after her historic feat.

“My family and friends were happy and proud that I scored that goal. It’s such a great feeling to have when your parents are proud of you. There have been so many calls and messages that I have received that day for which I will be eternally grateful, she said.

“Firstly, playing against Brazil was such a huge thing, just like scoring. But that doesn’t change our main goal, which is to do well in the AFC Asian Cup. It was all done so that we can better prepare for the tournament, and we want to do well in Asia, ”said Manisha.

India lost 1-6 to Brazil in the opening match of the International Women’s Soccer Tournament at Amazon Arena in Manaus, Brazil on November 26.

This story was posted from an agency feed with no text editing.