One of the bills courting the Washington commanders to build their new football stadium in Virginia has cleared its first hurdle.

The Ashburn-based National Football League team is considering venues in Prince William and Loudoun counties, and team officials have been meeting with lawmakers since late last year.

Knight said the stadium would be surrounded by restaurants, retail, housing and parking lots. No specific location was discussed at Monday’s meeting.

“Essentially, we’re going to have a big campus there,” he said. “It won’t just be a stadium.”

A representative of the commanders told the committee that “nothing is set in stone yet. We do not ask you to send a specific agreement.

Senate Majority Leader Dick Saslaw, D-Fairfax, introduced similar legislation in the Senate, but it was not scheduled for a committee hearing. A bill must pass both the House and the Senate and be signed by the governor to become law. Republican Governor Glenn Youngkin endorsed the idea in his first address to the General Assembly on January 17.

The legislation would establish the Virginia Football Stadium Authority. It would be similar to an existing ballpark authority, which the state created in 1995 in hopes of landing a Major League Baseball team. Under these authorities, officials typically create a neighborhood around the stadium and spend some or all of the new revenue generated by the complex on construction or related infrastructure.

The Washington Football Team’s contract at FedEx Field in Landover, Maryland ends in 2027. The stadium was built in 1997.

Knight noted that there are key differences between the two bills.

Saslaw’s allows the authority to issue 40-year bonds, while Knight’s only allows 20-year bonds. Knight’s bill does not allow localities to use eminent domain to support the facility, while Saslaw’s does. Knight’s bill also pays off bonds through sales and use taxes rather than other corporate taxes.

“I don’t mind if we break even and we get a little bit of unquantifiable economic impact from this thing and we get a football team in Virginia,” Knight said. “At the end of the day, we’re not going to have it where it’s a drain on dollars and services from the people of Virginia.”

Of the. Mark Sickles, D-Franconia, said he doesn’t support the legislation because he wants a more concrete financial commitment from Commanders owner Dan Snyder.

“My downvote on this doesn’t mean I wouldn’t look at a more comprehensive package and see how much the owner is investing in this whole downtown area,” he said.

Prince William officials are likely to make a harder sell than Loudoun, as Prince William is not serviced by the region’s Metrorail system. A study released by the Virginia Department of Rail and Public Transportation in October estimated that a subway expansion in the Triangle area could cost up to $27 billion.

Metro’s Silver Line is extended into eastern Loudoun County near Dulles Airport, where the team had would have considered potential stadium sites previously. The Silver Line extension is expected to open this spring.

The team would still consider sites in the District of Columbia and Maryland. Maryland Gov. Larry Hogan said his state still hopes to keep the team in the state, and DC Mayor Muriel Bowser said the city is open to a stadium in the district.

Democrats. Prince William’s Luke Torian and Chesapeake’s Cliff Hayes joined the committee’s 12 Republicans in voting in favor of the bill.

The Sickles and their fellow Democratic Dels voted against the bill. Paul Krizek from Alexandria, David Bulova from Fairfax, Kenneth Plum from Reston, Betsy Carr from Richmond, Delores McQuinn from Richmond and Sam Rasoul from Roanoke.

The bill will then be submitted to the entire House of Delegates. 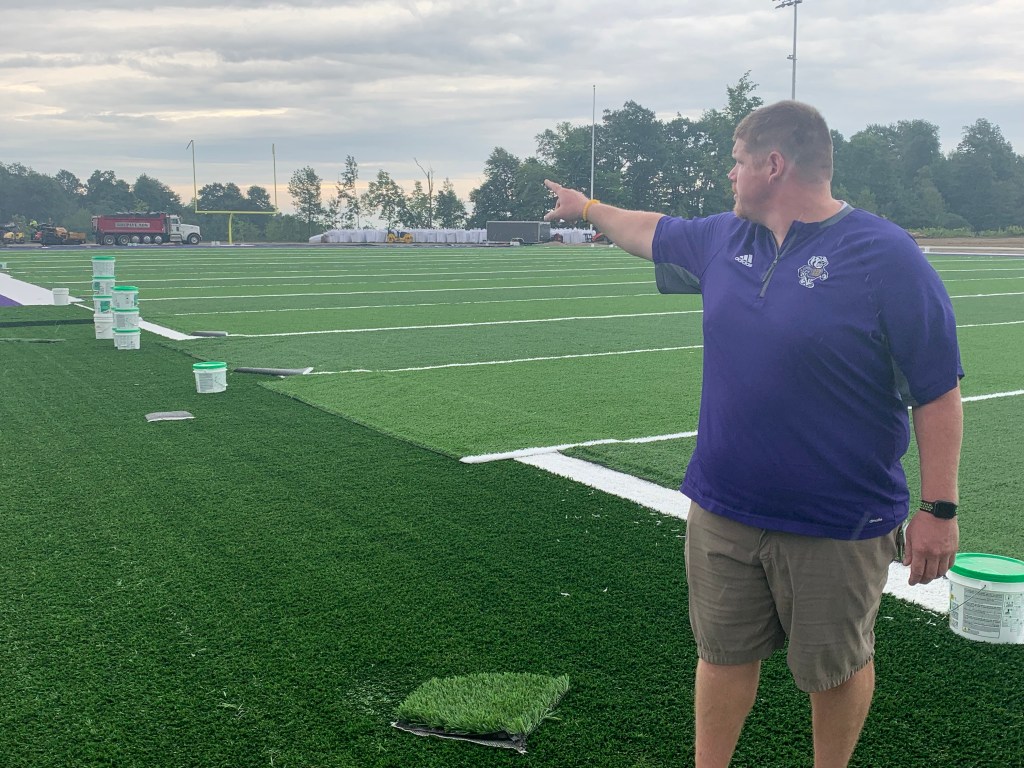