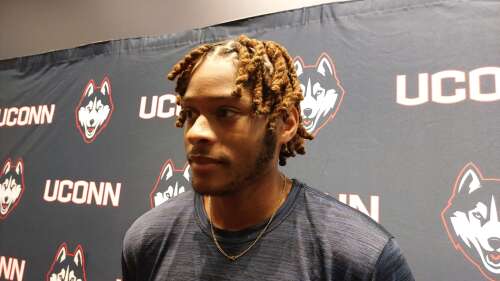 UConn’s Rayonte Brown, a former offensive lineman, started on tight end for the Huskies on Saturday against Syracuse. Brown underwent a pair of abdominal surgeries in December, which caused her to lose about 85 pounds. UConn plays Saturday at Michigan. (Gavin Keefe/The Day) Buy reprints

Storrs — Rayonte Brown feels blessed to be alive after what he went through last year.

Brown struggled with a serious health issue. He said he had a lower intestinal problem which got worse over time. He couldn’t keep food down.

In December, Brown underwent emergency abdominal surgery in Hartford. Due to complications, he underwent a second surgery two days after the first. He spent about two and a half weeks in the hospital.

Her weight dropped by about 85 pounds. He wondered if he would wear a UConn football jersey again. He put his studies on hold, missing the second semester last year.

Months of recovery followed his stay in hospital before finally returning to football this summer.

“(Football) was on my mind the whole time,” Brown said Tuesday during the UConn Football Weekly Media Session. “As I was willing, I was just waiting for the opportunity to come back here. Being away from guys for so long was very difficult for me. I’m just happy to be back and I’m happy to still be part of this team.

“…Ask anyone to know me, I’ve been a fighter all my life. My goal was to come back here and start playing with the team again. That’s all I was thinking.

Brown’s remarkable comeback story added another chapter last Saturday when he got his first career start against Syracuse at Rentschler Field.

“It was a good time,” Brown said. “There were times back then, after the operations, I didn’t think I could get back on the pitch in that capacity.”

Coach Jim Mora added, “In my opinion, this is one of the great stories in college football this year.”

Recruited as an offensive lineman by former coach Randy Edsall, Brown moved to tight end after returning from his health scare. At 6-foot-7 and 245 pounds, he’s got the size to play the position. He also played a little tight end in high school.

“It’s been fun,” Brown said. “I told the coaches when I came back, whatever they want me to do, I will do. Anything I can do to help the team. They decided to move me to the tight end to help the team. team and that’s what I’m going to do.

Basketball, not football, was his favorite sport when he entered Dundalk High School in Baltimore. Edsall contacted him to play football. Brown started his first season with the Huskies in 2019.

A noticeably thinner Brown showed up at UConn this summer. He hadn’t met Mora yet.

“I thought he was a basketball player, because he was 6-8 and thin,” Mora said. “He lost a lot (of weight). I was told he had lost less than 200 lbs. For him to fight like he did is so inspiring. And then to find his way into a starting role last week, I’m beyond words to think about what he did. He earned it and worked for it.

“He endured serious hardship. He spent a lot of time in the hospital. I’m sure he had his doubts, but he came back strong. He regained his body weight.

Brown is determined to work hard and get back to his pre-surgery weight of around 290 pounds. He changed his whole diet, eating healthier.

Mora thinks Brown has a bright future as a professional offensive lineman.

“He’ll come back to it over time,” Mora said. “You want to be around people like that.”

Despite all the adversity, Brown never considered starting fresh in another college football program.

“I’m committed here, 100 percent,” Brown said. “I never thought of starting from here, especially when we have new coaches. I wanted to see the change and also be part of the changes.

Brown credits the support of his family and his UConn teammates with helping him through a difficult time in his life.

He is happy to be back in football.

Mora on Saturday’s visit to Michigan No. 4 (2-0): “A great opportunity for us to play against one of the best teams in college football. A team that made the college football playoffs last year and looks better than ever to me. … Michigan has six players from Connecticut – Kechaun Bennett (Suffield), Tristan Bounds (Wallingford), Luke Schoonmaker (Hamden), Jake Thaw (Westport) and Cornelius Johnson (Greenwich). … Backup running back Brian Brewton, who broke his elbow against Syracuse, will have surgery Wednesday. … Sophomore running back Nate Carter is third in the nation in rushing yards (384) and eighth in rushing yards per game (128.0). “He’s a tough runner,” Mora said. “He’s going to get everything out of every play. … He maximizes every play. That’s what good footballers do. He is certainly a reliable young man who is great fun to be around and coach. 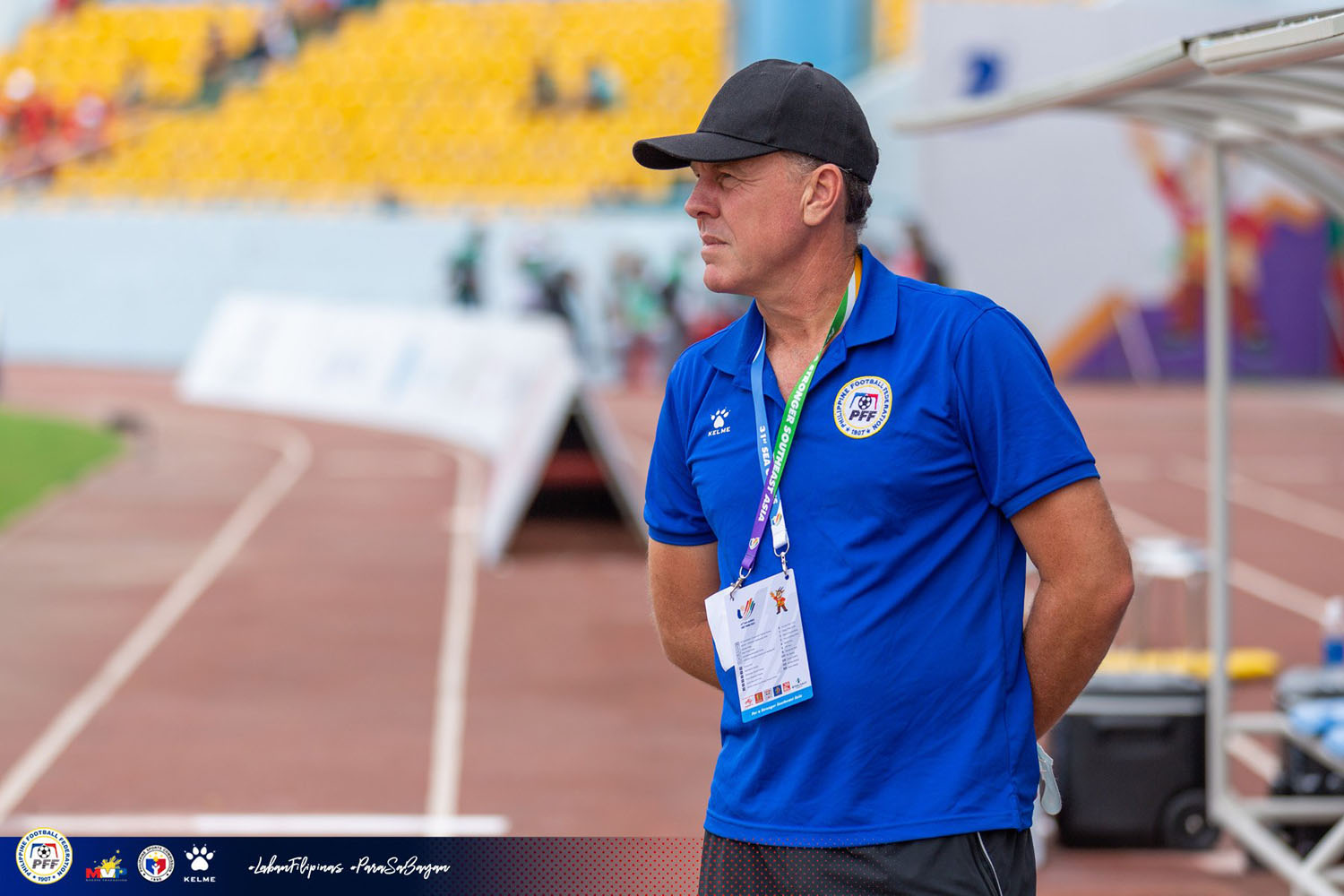