It’s time for another edition of AP’s dream college football road trip, where we put together a schedule of games worth visiting in the coming season.

As usual, there are only two rules: First, we have to see every AP preseason Top 25 team at least once. And second, travel between games should be reasonable in the time available. If you’re attending a Big Ten game at noon, don’t expect to be in Texas in time for an evening kickoff on the same day.

(Soon it will be possible to embark on a coast-to-coast road trip, but we may consider this route another season.)


We’ll start with a rivalry game coming back from a break. The Panthers and Mountaineers are playing their Backyard Brawl for the first time since 2011. Pitt starts the season ranked but must replace Kenny Pickett.

Yes, Ohio State-Notre Dame is tempting. The same goes for Georgia-Oregon. But there will be other opportunities to see these teams. Instead, we’re heading to scenic northwest Arkansas, where the Razorbacks host a Cincinnati team coming off of a playoff appearance.

Alabama-Texas is probably the showpiece game this weekend, but instead, we’ll jump in with the Badgers and see if there’s any extra blood between the Big Ten and the Pac-12 this year. Bonus points for visiting Madison before it gets colder.

The Hurricanes face Bethune-Cookman and South Mississippi before this trip to Kyle Field gives them their first major test under Mario Cristobal.


A huge day for college football in North Carolina, with the Demon Deacons hosting the Tigers and North Carolina hosting Notre Dame. Depending on kick off times, it may be possible to attend both.

There’s another potential chance to see BYU — we’ll get to that later — but just to be sure, pencil in this in-state game, conveniently (for our purposes) scheduled for a Thursday night.

A great look at what the battle for Big 12 supremacy could look like once Oklahoma is gone. Or maybe even before leaving Oklahoma.

Quarterback Clayton Tune and the Cougars are chasing an American Athletic Conference title this year before heading to the Big 12. This Friday night game in Memphis is part of a two-day swing in the South.


The drive from Memphis to Tuscaloosa shouldn’t be a problem, and after all the sniping between Nick Saban and Jimbo Fisher this offseason, this game between Crimson Tide and the Aggies is a must-see.

We are now heading to Salt Lake City to check out Lincoln Riley and USC. Additionally, BYU hosts Arkansas that same day, so a double dip is possible if game times permit.

At this point, we’ll have an idea of ​​how the Ducks will look under new coach Dan Lanning. What if former Oregon coach Chip Kelly makes progress at UCLA.

The Wolfpack tied their highest ranking in the preseason AP poll, and they could be Clemson’s best threat in the ACC. This one is a Thursday night game (so convenient!).


These two rivals had a thrilling game at East Lansing last year that ended up being Michigan’s only loss in the regular season. The scene shifts to Ann Arbor this time.

The question for the Irish is whether they can compete with the best teams in the country. They’ll have a chance to try in their opener at Ohio State, but this primetime home game against Clemson might be a better chance for coach Marcus Freeman to pull off a big win.

At this point, Brent Venables will be well into his first season in Oklahoma. If the Sooners are in contention for a playoff spot, it could be a big game — especially if West Virginia quarterback JT Daniels is healthy and playing well.

We finally cross paths with the defending champions for this season-ending SEC East tilt against Kentucky. The AP poll places the Wildcats second in the division. If true, it could be a monster weekend in the Bluegrass State. (And if not, at least basketball season will already be underway.)

Celebrate Thanksgiving in Oxford at the Egg Bowl – and see what Lane Kiffin, Mike Leach and their crews have in store for you this year.

Ohio State season ticket holders should get their money’s worth this season, with home games against Notre Dame, Wisconsin, Iowa and Michigan on the schedule. The last of them is the most important, of course, especially after Jim Harbaugh finally beat the Buckeyes last year – and threw some shade at Ryan Day afterwards. 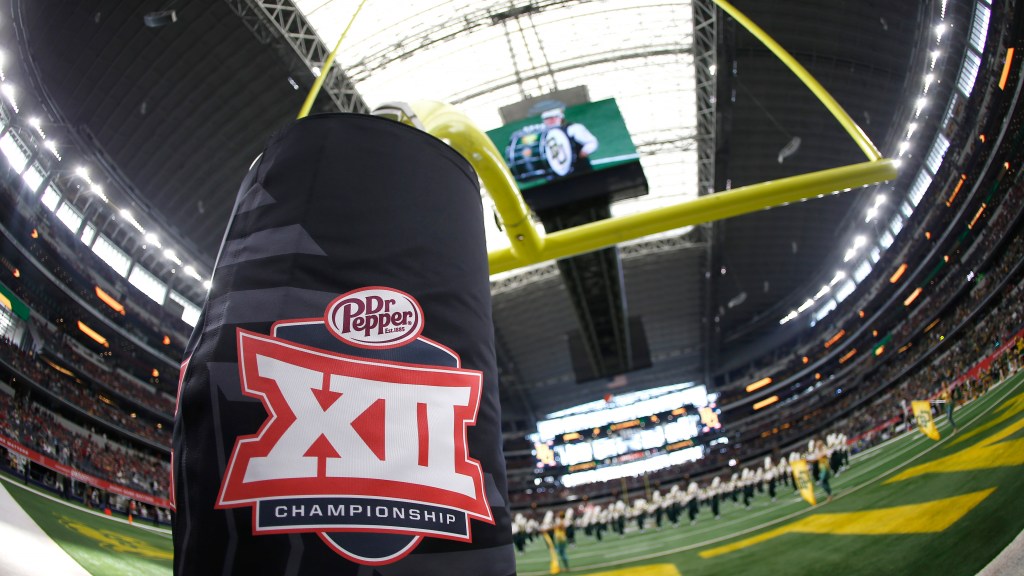